Tompion Sundial on show at the Queen’s Gallery, Buckingham Palace

A circular coppered metal sundial signed by the famed London clockmaker Thomas Tompion (bap. 1639, d. 1713) will be on display at The Queen’s Gallery, Buckingham Palace during the exhibition ‘Painting Paradise: The Art of the Garden’.

The dial has a plain central metal pointer (gnomon). The outer ring of dial has a moulded outer edgeand is inscribed with Roman numerals. There is also in the centre a calendar to calculate the time and the date, as well as an illegible inscription. 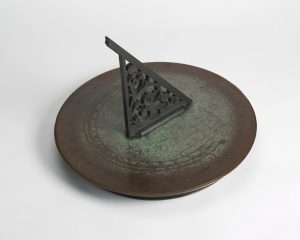 This sundial is one of a pair commissioned from Tompion for the Privy Garden in Hampton Court.

They were most likely installed at the end of the seventeenth century as the king’s new apartments and gardens were being completed.

The king first stayed in his rooms for a night in October, and it is likely that the garden statuary for his Privy Garden just outside was installed in November 1699, when a customer of Tompion’s was trying to see the clockmaker about a watch, but crossly noted, ‘Mr. Tompion…being gon to Hampton Court it was not possible’. 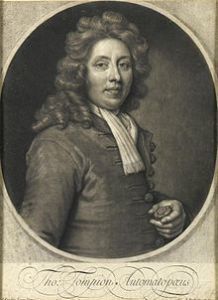 William III also commissioned several clocks from Tompion, both for his own use and as diplomatic gifts. Sundials would have been required to regulate these clocks, but it is not possible to confirm if any of the king’s longcases directly related to the purchase of the two dials. The second Tompion dial of the pair has a much more ornate gnomon but features similar verses and tables for correcting the time and working out the date. Their presence as a time regulator brought both indoor and outdoor life together, as well as art and science, and demonstrated a patron’s intellectual interest in astronomy and horology.

The exhibition which explores the ways in which the garden has been celebrated in art will run from20th March to 11th October 2015.

Text adapted from Painting Paradise: The Art of the Garden, London, 2015 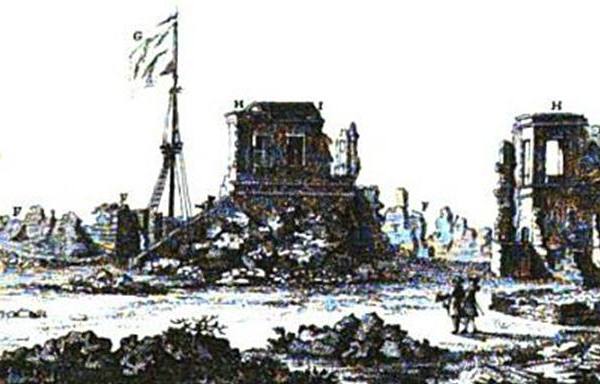 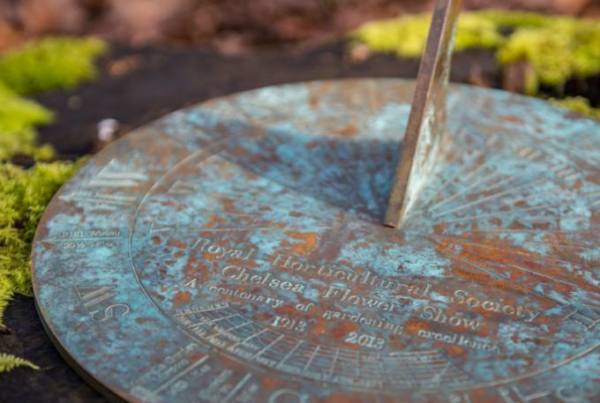 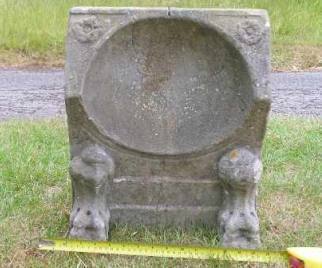