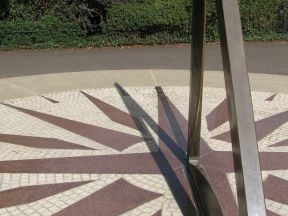 Horizontal SundialSundial of the month

Our sundial for the month this month is the Greenwich meridian sundial. It is a horizontal, flat base with a ground or pedestal mounted dial plate, set at the picturesque edge of the boating lake in Greenwich park, within in a ten-metre-wide stone circle.

Appropriately placed in Greenwich Park, the design represents the association with Greenwich Mean Time (GMT). The sundial, made from stone, with a bronze gnomon was designed by Chris Daniel, the chairman of the British Sundial Society. It took three years of research and design to create this structure. The build was intended to be completed in two stages, however after years of research and planning, it didn’t turn out as expected.

The sundial, known as a double horizontal dial, shows time and also the direction of the sun. This is achieved by the gnomon’s architecture. The circular dial plate is made in the form of a compass rose, and on this a bronze gnomon is made in the shape of a right angled triangle. The triangle has a vertical edge rising from the centre of the circular dial plate, and it is the shadow of the gnomon’s vertical edge that shows the sun’s direction, whilst the shadow of the sloping edge reveals the time.

The sundial’s placement and significance within the park is to signify GMT, the basis of the world time clock, defining the exact time and date. However – ironically – due to errors in the dials construction, it shows noon anywhere between 17 and 15 minutes early. It is around 3½º skew to the Meridian in an anticlockwise direction. The hour markers are also incorrectly placed, although and the shadow is sometimes too short to reach to reveal this mistake.

The intention was for the second phase of the sundials construction to include 12 smaller analemmatic dials, which are interactive as the person acts as a gnomon; to represent the correct time in each of the 12 time zones. However, perhaps due to the in-corrections of the first dial, this was never completed.

The boating pond and the dial also featured as part of the backdrop and part of the Cross Country Course in the Olympic Equestrian Events in 2012. Even though this sundial features in-corrections, it is a beautiful structure still represents a high amount of symbolism for the area, and also for the UK. 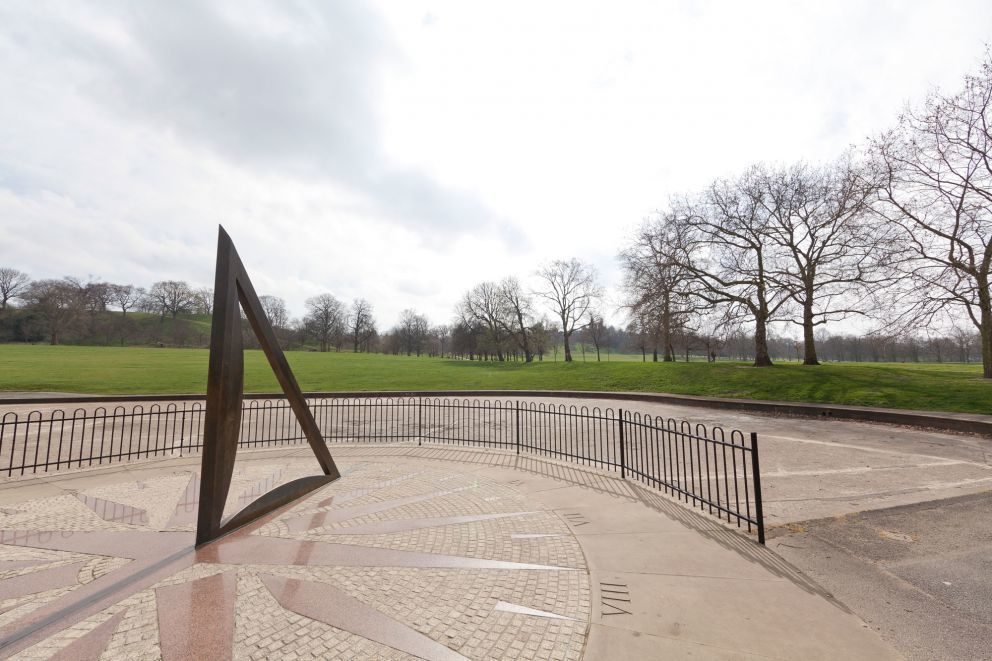