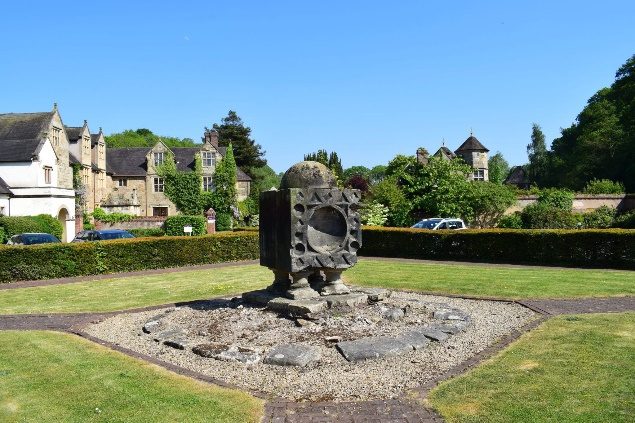 Madeley Court in Shropshire is March’s Sundial of the Month 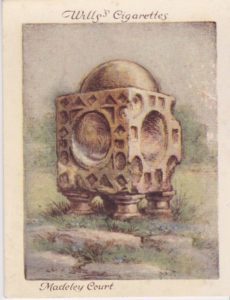 Madeley Court is a 16th-century country house in Madeley, Shropshire, England which was originally built as a grange to the medieval Wenlock Priory. It has since been restored as a hotel. The house is ashlar built in two storeys to an L-shaped plan and is a Grade II* listed building. To the south west of the house is a 16th-century gatehouse which is separately grade I listed.

According to Wills’ Cigarette Cards, the remarkable sundial illustrated which probably belongs to the late 16th or early 17th centuries is formed from a solid cube of stone, the sides of which measure over 4 feet. The total height above the platform being about 6 feet 6 inches. The north side is plain while the others contain great concave hollows surrounded by smaller hollows which shows the hour at a certain time of the day. The position of the moon in relation to the planets is also indicated. If you’d like to visit the sundial you can find out more at: https://www.hotels-telford.com 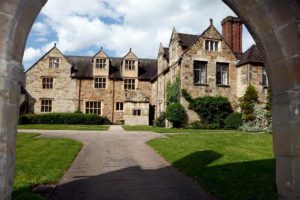