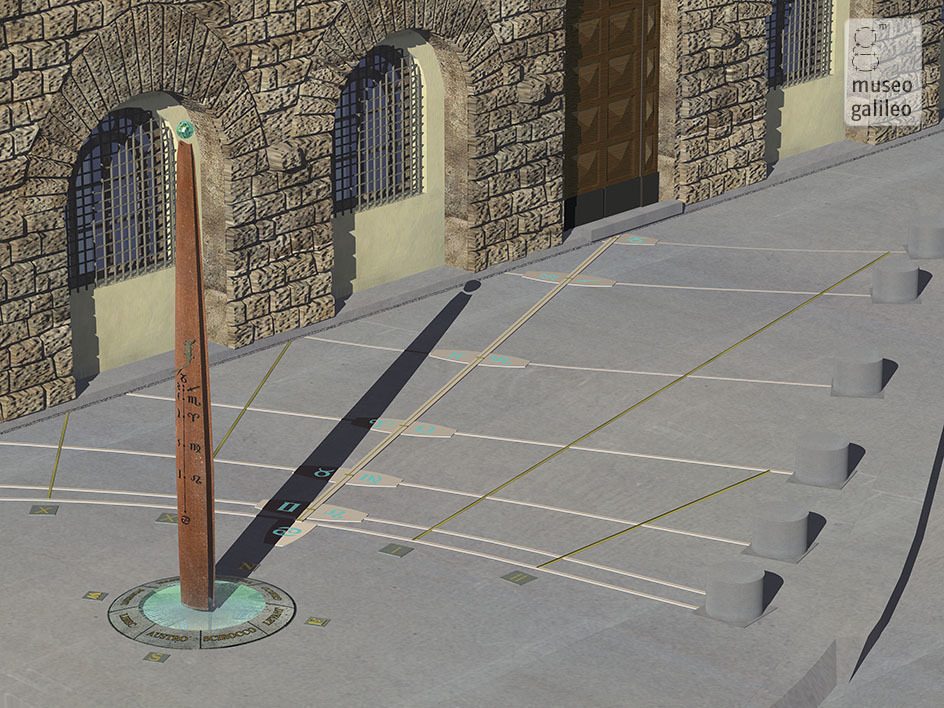 The large sculptural structure comprises of a large quadrant traced on the pavement and a gnomon which is formed from two large bronze stelae (upright columns bearing commemorative inscriptions or relief design) that symbolize the day and the night.

The stele for the day, facing South, contains a vertical meridian line on which the shadow cast by the tail of a “liziper” – a half-lizard, half-viper imaginary animal – indicates midday for each period of the year.

The stele for the night, facing North, contains the representation of the two constellations that allow for finding the Polar Star, that is the Ursa Major and Ursa Minor. The wind rose placed at the base of the gnomon shows the directions for geographic orientation.

The travertine curves crossing the meridian line indicate the date. The brass radial lines forming a grid with the two solstitial curves indicate the hours.

The seasons and the four elements are symbolized by the choice of materials: travertine for Earth and autumn; glass for Water and winter; grey stone for Air and spring; bronze for Fire and summer. After sunset, the sundial continues to act as an attractive sculpture thanks to the lighting under the base of the gnomon and in the Zodiac signs. 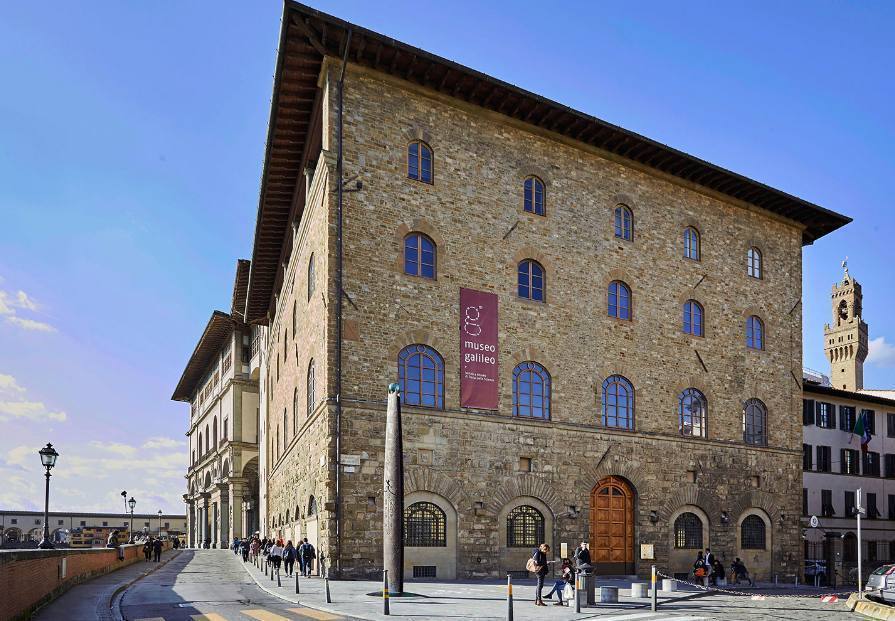