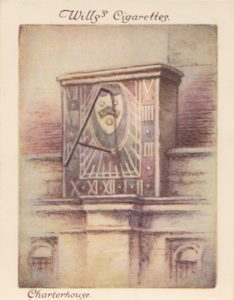 The second sundial taken from our Wills’ Cigarette Card series of ‘Old Sundials’ is the Vertical Sundial at the Charterhouse, London. This dial is April’s ‘Sundial of the Month’.

The information on the reverse of the cigarette card can already tell us a little about the history of this dial.

“The sundial stands on the dining-hall, formerly the guest-hall of the old Carthusian Monastery which was suppressed in 1537. The guest hall had been built early in the 16th century, and was extensively re-modelled by Thomas Howard, Duke of Norfolk, who was executed by Queen Elizabeth in 1572 for intriguing with Mary, Queen of Scots. The sundial was probably added while the roof of the guest-hall was being re-built under Norfolk’s orders. In 1589, Howard House, as the place was then known, passed to that great seaman Thomas Howard, Earl of Suffolk, who entertained Queen Elizabeth there on four occasions. In 1611 the house was turned into a hospital for aged gentlemen – “Brethren of Charterhouse”.”

In January 2017 Charter House was opened to the public for the first time in 400 years. The 14th-century Carthusian monastery and burial ground for victims of the Black Death, allowed visitors the opportunity to walk across the graves of thousands of Londoners, and enter the secret world of the medieval charity that is still operating in the heart of the capital. 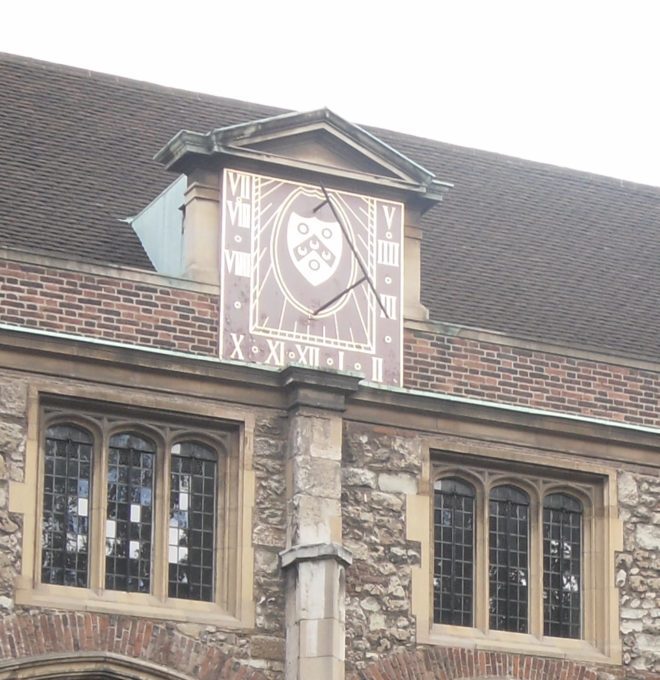